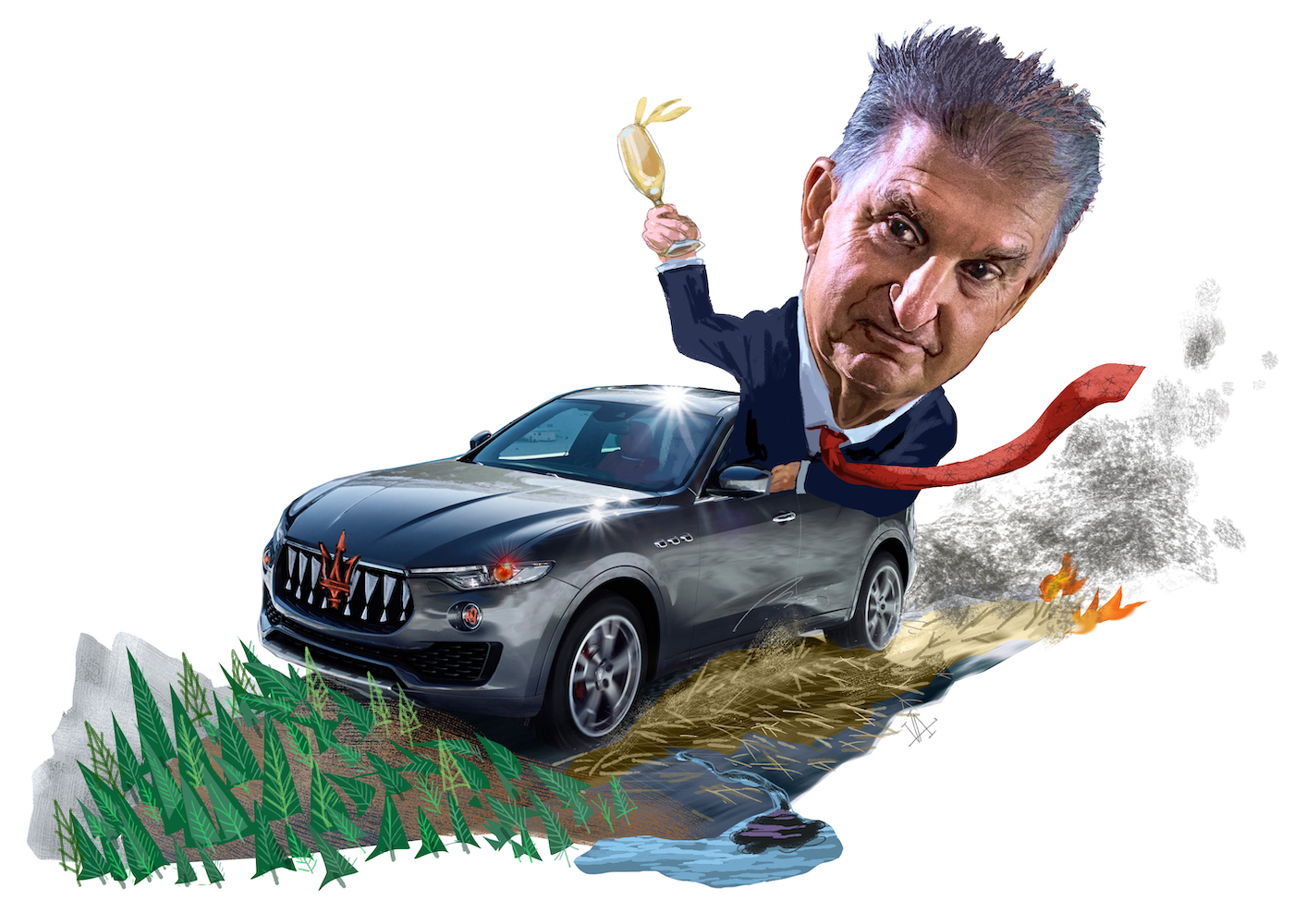 Buster, good lad, I hate to disturb you up there in the serenity of the GDP, but that ignorant rascal, Donnie J. T. Rump is still around, and causing trouble for our good old USofA.

It’s OK, pap, I’ve been talking to the “people” section guys, to see if they can make an exception for that no-goodnick, since his first wife, who, of course, was one of his early con jobs, has recently arrived there. She asked if they could put him in a detention center where he couldn’t cause any trouble. Guess she feels sorry for the old slob!

Oh, BTW, Bus, ole Bernie may be thinking of another run. Wow, it’s too bad he got shafted the first time, Bernie would have made a decent leader, and certainly would have stomped Rump, the old scumbag, saving us the horrors of those years.

Also, there’s a clown from West-by-gawd-Virginia, called Joe Manchin, stirring up trouble. This dude is nearly as stupid as the Rump, and very ugly, too!

Yer old pappy has known and worked with many West Virginians. He recalls them as great people. You see, W. Va. is a mineral-rich state. Unfortunately, Joe only promotes coal, their bad mineral, which of coarse was a dead-end long ago.

Yes, pap, as I recall, you worked with another of that great state’s minerals, limestone, a good actor. I guess they are still shipping half a million tons of lime (after the stone is calcined) up to Michigan each year, to be transformed to magnesium oxide. I remember your telling me that

this product from your old outfit, being a “good” chemical, is now sold all over the world, competing favorably with Chinese material. Perhaps that dingbat, Joe, who may have been raised in one of the “hollers” (a low spot between two hills) doesn’t even know about his state’s good chemical products.

Au contraire, I wish that were true, Bus, but he knows about the limestone, but the slinky old pol has his investments, probably mostly given to him by those clever coal executives, in coal stocks. You know the old saying, “follow the money,” and his is coming with black coal dust all over it. He’s doing a terrible disservice to his fellow West Virginians, and effectively halting action on fighting global warming at the same time. This is a bad guy, right up there with old Donnie J.T. Rump. It’s obvious that he cares not about his constituents getting “black lung disease, he’s getting rich!!

Garsh, pap, good news is hard to come by these days!