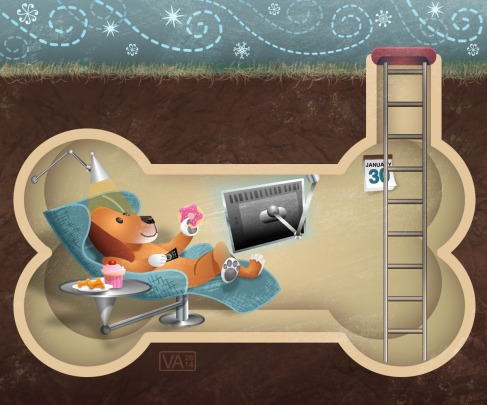 Buster the quick hound here!  Like a bad penny, I’m back as advertised (NOT ON TV), and I got some non-news on education:  our current systems are not really where it’s at!

But first, a word or two on yesterday’s news:  Guess y’all watched the Prez giving his State of the Union (don’t ya love Fox News’ tendency to assign an acronym to everything – in this case the “SOTU”) address last week, or were you too busy preparing for Super Sunday’s Super Party???

Well among a plethora of other issues, our ol’ leader of the free world mentioned current efforts to extend pre-school training universally in the good old U.S. of A.  You could call this idea a good start!  Of course, pre-schooling kids would be less critical had their parents been adequately prepared for the task of raising their offspring!!

Borrowing an old TV trick, I’ll be prognosticating along with my pal, Punxsutawney Phil on that age-old question – will we have an early Spring – later in this posting. 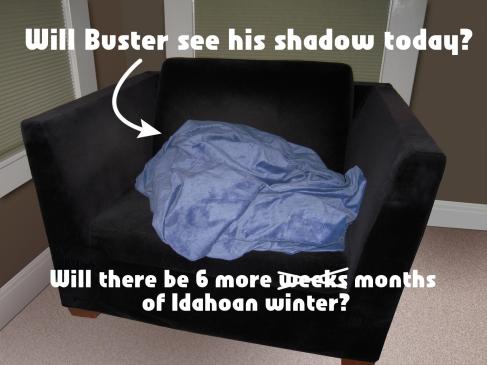 Education in it’s broadest sense is of paramount importance because it affects every aspect of our lives.  As this old dog tries to think through the myriad of problems facing our society, our hope is that this importance becomes clear to most of us.

In my old pappy’s day, and probably even more so in his Dad’s day, a young lad, after completing an 8th grade public school curriculum could expect to be reasonably prepared to negotiate a life of work with a certain degree of confidence, and a young girl was ready to organize a household and raise a family of young-uns.  In those days, women generally didn’t work outside the home except as nurses or secretaries, which was both a good and bad idea.  More discussion on this topic in ‘state of the economy,’ coming soon.

Now, my really old pappy has the tendency to ask, “How in the world did we get from back then to the decidedly less rigorous state of basic education today?  Howsomeever, I prefer to contemplate how we can make education our primary focus now!  Our level and quality of education has a tremendous influence on our choice, or even our options, of a career, a place to live, a lifestyle, a life partner, even our choices for entertainment.

Hence, we really need an overhaul of all our educational systems:  primary, secondary and higher levels so that our college graduates can at least handle the “3 R’s”!  It seems that our public schools may pay teachers too little and burden them with bloated administrative staff that are constantly discovering the latest and greatest methods to force into the classroom.  There needs to be collaboration between teachers and their unions, city and state officials, and business leaders to bring a solid learning vehicle to all kids.

Hey, this ain’t exactly rocket science.  In public education, we need to better prepare all of our teachers for making their subjects more interesting to kids and in getting the kids to enjoy learning.  This is extremely important because lifelong learning can provide a contentment not found in any other endeavors.  The pre-school activity the Prez is promoting will help get kids started in the right direction, but then all the teachers through secondary instruction and college need to be able to keep the process going.

There are a number of ill-advised efforts going on currently which in my opinion (keep in mind that I’m only an old hound dog), tend to exacerbate rather than resolve our public education problems.  Mostly, its the old Corporate trick of paying “experts” to devise programs, testing, etc. ostensibly to improve performance.  It’s the fad of the year thing we’re speaking of here.  One such idea is paying teachers bonuses for superior results, which will probably lead mostly to gaming the numbers!  Our teachers should be well-paid for the extremely important job they do, and their “bonuses” left at the personal satisfaction they achieve by knowing that they are making a huge difference in the lives of their students.

Not that all Corporate ideas for self-improvement are useless.  IBM had one a number of years ago which proved quite durable, probably because it was so simple.  They merely plastered the word, “THINK” on everything in sight.  That’s what education is about – getting people to think!

Alternatively, if we train, hire and pay great teachers and then leave them alone, they can get on with the business of instructing their students in the all important three “R’s,” as well as history and geography in all their aspects, the world’s peoples and their varying customs, and enough physical sciences to understand how the world works.  Through all this instruction the teachers need to instill critical thinking, getting the kids to question the logic in their lessons and how to figure things out with the tools they learn.

Almost reluctantly, we arrive at the world of citadels of “Higher Learning!”  Boy, if I want to get old pappy riled up, here is the topic – you see, he paid $15 per credit for an accounting curriculum which allowed him to pass his state’s CPA examination at the time when only 10% of examinees were permitted to pass.  So, when he reads that the cost of college has increased over 500 percent since 1985 (while the CPI has gone up about 120%), he goes ballistic!  Most reasonable people would agree that there is definitely something amiss here.  In today’s world, conventional wisdom states that in order to get a decent job, one needs a college degree.  In reality, there are many trades where college training is not necessary and with our economy requiring less workers than are being graduated, many college graduates are only able to find jobs which don’t require their training.

It appears that our emphasis on higher education together with government programs to fund it and provide loans to students has resulted in a situation where costs have been allowed to escalate to unreasonable levels with a resulting impending crisis in student loan debt.  Further, there has been a proliferation of educational options appearing which seem to be of questionable value, and this phenomenon is partly due to the readily available student loan funding.

So, it seems in higher education as in other areas of modern life, better early training in critical thinking would result in people making better choices.

Another disturbing trend in some institutions of higher learning is their emphasis on “sports” programs with a resulting disparity in spending between those activities and academic programs.  The sports programs at some colleges are bringing in so much revenue that they are paying coaches as though they were entertainers.  This is an interesting situation because it is actually their student athletes who are doing the entertaining (very lucratively for the institutions) on TV.  Now, of course those athletes are beginning to question the arrangement.  Actually pap read recently that the United Steelworkers Union was helping students at one university to get approval from the National Labor Board to allow them to organize as employees and then be able to negotiate salaries for playing football at the school.  Wow!

Of course for the schools to snare those big TV bucks, they need very good football or basketball teams, so they have been willing to pay the coaches rather astronomical salaries.  You wind up with a real dichotomy of reasoning where the teachers who are tasked with improving their students’ minds are compensated at a much lower rate than the coaches whose job it is to teach the lads tactics on the field of play which apparently tend to damage their brains.  This situation foreshadows a potential debate for our society in general – should we derive such joy from watching young men potentially destroying their lives?

Well, if anyone is still awake, you may have heard that my pal, Punxsutawney Phil, seeing his shadow on a cold and dreary morning, has already forecasted six more weeks of winter.

Now, you should keep in mind that Phil, in 126 years of prognostications, has only a 33% success rate.  Last year Phil and I predicted an early Spring, only to see some continuing blasts from old man Winter.

For 2014, I’m going to diverge from my old buddie, Phil, and go with an early Spring again.  Hopefully, my judgement has not been impaired by the impassioned pleas of my friends for some relief from the brutal weather they have been experiencing this winter.

So, that’s it for this week.  Feel free to chime in with any thoughts you may harbor.  Two cents is pretty cheap these days.  I’ll return to specific aspects of education on each coming segment to reinforce how it affects all aspects of life.  Next week is one of my old pappy’s favorites – your beloved Telly – it would probably be my favorite, too, if he’d let me watch it!!

Have a great week, Bus. 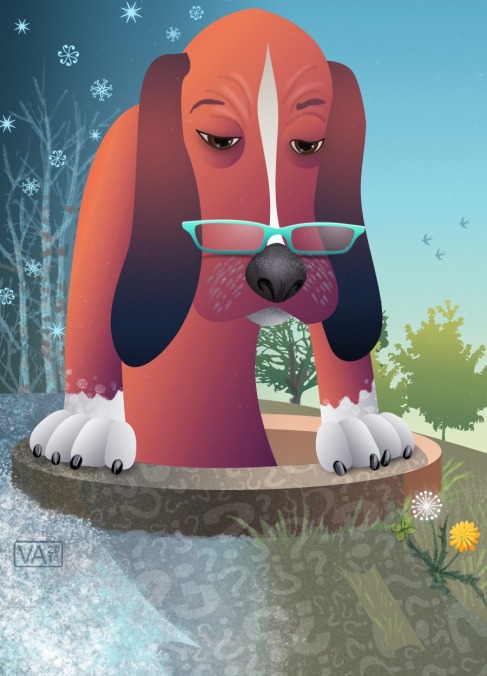