Thinking about the current state of our economy here in the good old U.S. of A. makes even an old hound dog’s hard head hurt!  I’ve known for some time that things were bad because my old pappy’s always complaining about it, but ya gotta take him with a grain of salt since old geezers are always worrying.  Howsomever, when doing some research on things like young people (even college graduates) unable to find jobs, manufacturing facilities shuttered in the U.S. (70,000 since 1998), our stubborn unemployment rate, homeless kids, kids living in poverty, and families subsisting on food stamps, I became convinced that the old fool is right, we are in real deep doo doo.  Also, as a nation, and as individuals, we are in so much debt that to continue our current modus operandi will lead to bankruptcy in the not too distant future.  Actually, ole pap just pointed out to me that when the Soviet Union went broke back in 1986, we were right there with them, except we still had excellent credit.  That positive aspect even looks a tad shaky now!!

Pap, after finishing his public education which took him 13 years (well, he didn’t want to miss anything), did his military service, got married, had a small pack of kids, and then returned to evening classes eventually becoming a night-school CPA.  A “plan” such as his is not particularly feasible nowadays.  Fifty or sixty years ago a fella didn’t need to worry about finding work and earning a living – propelled out of the great depression by WWII, the economy was booming, and there was in general a very pleasant cheerfulness about living in the good old U.S. of A.

As a matter of fact, even during the Depression, Americans were a hopeful bunch as evidenced by songs such as, “Pack up your troubles in your old kit bag and smile, smile, smile!”  Unfortunately, not everyone was included in the economic resurgence after the war.  A large segment of the population, because their skin color was a little different, was excluded from most of its benefits, and others didn’t fair so well either because of their religion or ethnic heritage.  While many improvements have been made, the problem of discrimination continues to plague us.

In general though the economy was in pretty good shape back in the 50’s and 60’s.  So, what’s happened to bring us to the brink of disaster now?  As the Brits might say, “You colonials have a made a fine mess of things now!”

Well, after a bit of serious soul-searching (bet you didn’t know us old hound dogs had souls), I came to the conclusion that even a brief introduction to our economic troubles must include some discussion of our Financial System, and, of course, our dear old Govamint, since they all seem to be inextricably linked.  After the “Great Depression,” the congress passed and the president signed into law something called the Glass-Steagall Act which placed strict limitations on the kinds of businesses and activities banks could pursue.  Actually, bankers in those days apparently felt some responsibility for their risky deeds since at least a few of them jumped off tall buildings.  However, over the next 70 or 80 years the less repentant bankers (together with accommodating congressmen) have been able to weaken the Glass-Steagall restrictions until the latest crash of 2008 when congress sort of replaced it with the Dodd-Frank Act in 2010.  Unfortunately, the bankers are fighting over the new law tooth and nail, and due to its complexity (848 ages versus 37 for the the Glass-Steagall), regulators, having already written some 14,000 pages of rules, have yet to implement very much of the law.  So, the barricade against the next financial crisis doesn’t look so solid.

Now, the banks aren’t the only things which got too big to fail.  Our exciting multinational corporations as well as our dear old govamint have also certainly attained unwieldy size, and while they may or may not be susceptible to failure, are certainly too big to effectively manage.

The U.S. corporate world has become mainly a slew of vehicles managed by professionals who believe paying themselves grandly (CEO salaries currently range from a few hundred to well over 1,000 times the average workers pay) compensates for their dastardly habit of shipping U.S. jobs to other parts of the world.  They seem perfectly happy to enable like-minded operators in those foreign lands to profit by effectively enslaving their workers.  Of course, the fate of their previous U.S. workers is not real high on their list of concerns either.  So, while the Supreme Court may have declared their political donations “free speech,” it hasn’t given them a soul.  Pappy recently read a quote attributed to a brave hedge fund manager, “People, from a business point of view, are machines that do things.  And now they can not only physically but intellectually be replaced with technologies.”  That fearless fellow might want to recall that nice French lady who, on being told there was no bread for the peasants, infamously said, “Let them eat cake.”

When it comes to govamint, one can safely say that we do have the best legislatures that money can buy.  A seat in the House of Representatives can cost well in excess of a million bucks and a Senator must be able to fork out in the neighborhood of $10 million to win his seat.  Needless to say these costs put a bunch of power in the hands of those with the wherewithal to cough up the dough!

To be continued….ITS NOT IMPROVING AS WE SPEAK, FOLKS!

Thanks for tuning in, 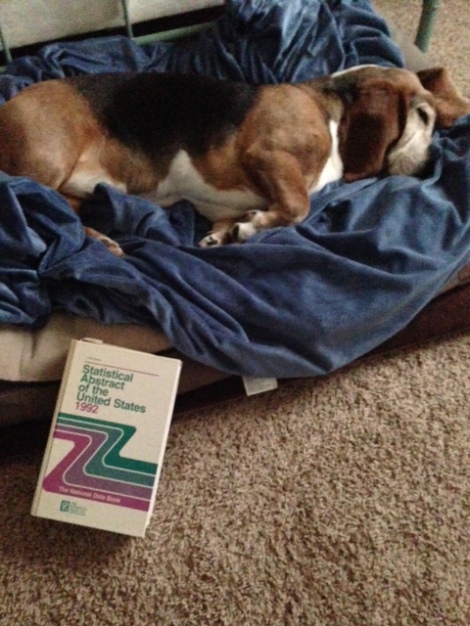 This heavy thinking business can wear a feller out!