But first a short message from our sponsor(s):

Our sympathy to our friends on the East Coast – now, Phil’s forecast six more weeks of the same! 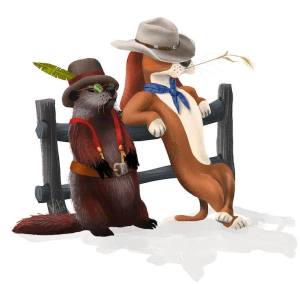 “Never trust a groundhog wearing both suspenders and a belt.” Va

If you don’t think we’re in big trouble, you must be already living on Mars:

Those forward-thinkers in congress are continually cutting the budget of the IRS. Now, this outfit is unpopular, but if you think about it, they don’t make the tax laws, congress has that dubious privilege! So, you may be “hating” the wrong guys!! Again, PLEASE, think about it, does it really make sense to cut off your means of collecting revenue? Well, yes, if your “sponsors” are the part of the one percent who prefer to practice major “tax avoidance!”

OK, let’s get back to today’s program:

A fellow named Eugene Robinson writing in the Washington Post recently opined, “In a nation of more that 310 million souls, we can do better. Um, can’t we?” After mentioning a few of the mob of presidential hopefuls for 2016, he continued, “Right now, this election looks like a contest of attrition among the tired, the shopworn, the unviable, and the famously surnamed.” (old pap and I wonder if he really meant, the infamously surnamed).

Well, whatever; presidential contenders of late do seem somewhat questionable, but guess what! Our options for congressional representatives are probably even worse, if that is possible. The two political parties have gerrymandered the election districts in their respective strongholds to allow them to get elected the most malleable fools imaginable who will cheerfully do the bidding of their stealthy benefactors. This is how we got to the sad state of affairs currently prevalent in our governing bodies.

So, here is our dilemma……do we slink off with our tails twixt our legs, letting a bunch of phony politicians tell us who we are and what we can do?
OR….
Will we start the revolution and vote the bums out of office?

That is the choice before us as we approach 2016!

Fortunately, we still have the means to revolt without guns or pitchforks, it’s called the VOTE. If we don’t start using it, eventually, the rascals will surely remove it!
WHERE TO START?

Well, don’t be looking at me and my old pappy. I was 10 (human bean equivalent-70) and pap recently celebrated the 40th anniversary of his 39th Birthday. We are, as the saying goes, way over the hill.

Howsomever, we suggested a current “politician” (the quotes represent our opinion that this is not your standard issue pol) named Elizabeth Warren, currently the senior Senator from the great state of Massachusetts. We, of course, have no idea if she would ever consider leading a new political party, but we hope that she might consider such a challenge for the sake of her great country. We need to find a new course!

Plato is said to have uttered, “One of the penalties of refusing to participate in politics is that you end up being governed by your inferiors.”
Meanwhile, what’s trending here in our good old U.S.ofA.?
Well, we’ll soon be wearing our Oculus Rift incredible virtual-reality headsets!

That is while we are leisurely riding in our driverless A7 Audi!!
Good news for westerners:

In negotiations with my great friend, Punxutawney Phil, back in PA, we decided that I should do the prognosticating for the West Coast as our climates are definitely trending apart these days. I saw not a trace of a shadow this morning, so we will have an early Spring. Matter of fact, if you have been paying attention, it’s already here!