Well, my trusty old admin assistant is recovering from his “Snowman” birthday party (he claims he got some questionable Norwegian Aquavit), and appears ready to type us into the great 2016 Presidential Slugfest. Hang on tight!

For most Amurican voters, this Bernie fellow remains an enigma wrapped up in a conundrum. Possibly the reason is his being the rare politician who doesn’t need remedial coaching from Miss Manners. From all that old pap and I have been able to learn about “Bernie,” he certainly appears to be an honest, straight-talking dude, an oddity in Washington, D.C.

Unfortunately, at least one staunch democrat friend of ours out here in the Idyhoe desert deems him to be a “one trick pony.” This opinion is understandable since his stump speeches are limited to his primary point – that income inequality is the most important issue facing our nation at the present time. In our humble opinion, he is absolutely correct. We are back to the pre-great depression levels of financial shenanigans and sustained greed which, of course, once again almost cratered the world’s financial systems in 2007. Very little has been done to alleviate this situation, and the few measures grudgingly passed by the congress, are again under attack and being watered down. THE NEXT CRASH MAY NOT BE FIXABLE!

What about ISIS, and all the other threats plastered across your beloved telly every day, you quite naturally ask? Well, again in our, possibly not sufficiently humble, opinion, they are all manageable with a logical approach. We also believe that Bernie is the one presidential aspirant who would take such an approach, and just maybe with his leadership, the congress would focus on solutions rather than useless, and mostly divisive rhetoric. Granted, it’s a long shot, but it may be the only one we have!

Now, pap and I do wish good old Bernie would at least acknowledge the other problems while on the stump. We’re sure he is aware of them and considering solutions for them, but he needs to let the voters know about his other ideas. He’s focused on those unsavory billionaires like a laser, and, no question, they are largely responsible for our unfortunate situation at present, but, just as all Bible toters are not saints, neither are all billionaires evil. Well, there is that one fellow, the extremely talented con artist having minimal moral moorings who seems to be representative of a bunch of others.

Your faithful analyst, Buster (with his teetering old pappy on drums)

PS: Old pap noted that the blond was outfitted in a standard business type skirt for the last two mornings. Could ole Fox be monitoring my arcane little blog? 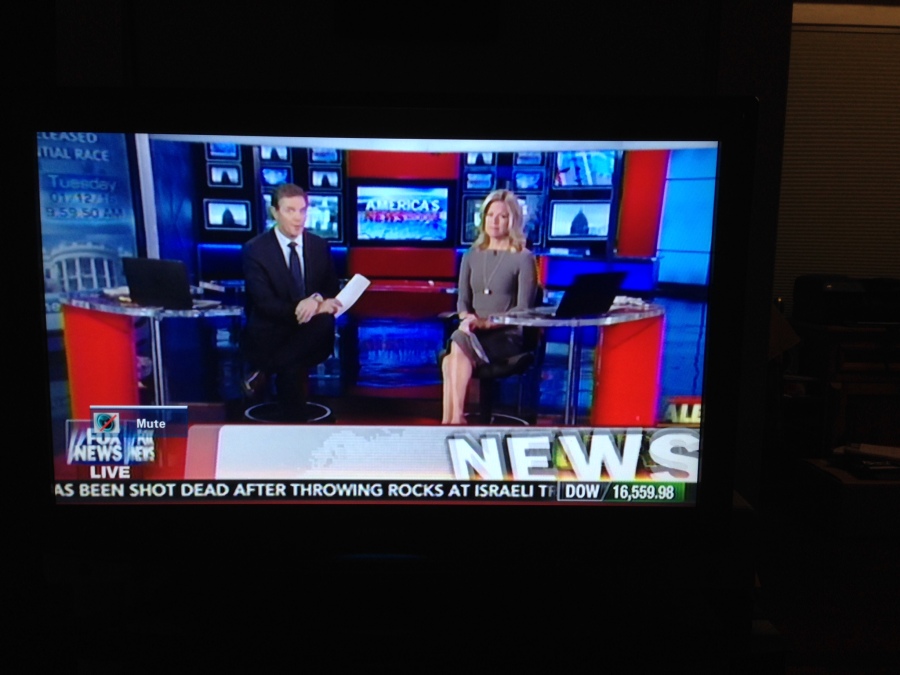 Who woulda thunk my little blog could have such a positive effect??