Well, so much for modesty, you should have seen this poor girl holding a puppy while maintaining her leg crossing. Rupert must have seen those couple pics of “modest” dresses on the “news” show. The wonderful fellow who edited my Memoirs told old pap that watching 30 minutes of Fox “News” would be enough grist for a week of our blogs – how true – uncommonly sick comedy. 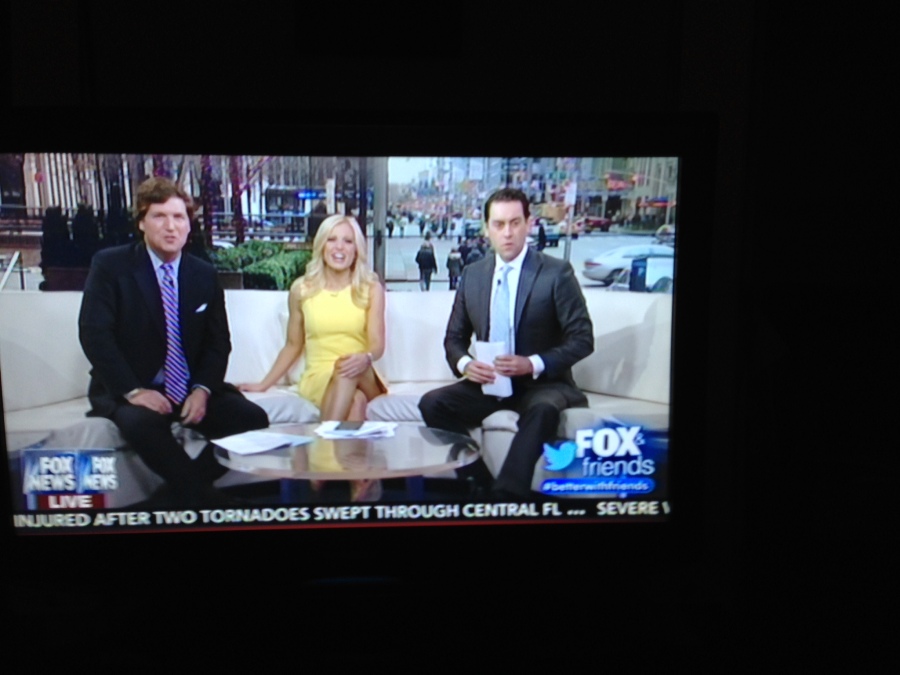 So, this morning began with damning the hostage/prisoner swap with Iran, and, naturally, how our Prez made that awful Iran nuke deal. Then some more Hillary bashing while promoting the “13 Hours” motion picture. Next an exciting chat with good old Newt Gingrich about this evening’s Demoblican “debate”, during which ole Newt allowed as how dear Hill is having tough times at the moment. Newt also summarized Bernie’s campaign as advocating “free college, and smoking marijuana while you’re doing it.”

Newt and the kids spent some time discussing the important skirmish between The Donald and Teddy Cruz centering on the gobs of money each of them is receiving from “New York.” In conclusion, a comment was heard from the “couch,”  “This is becoming the greatest election, ever!”

Yours, Buster (with pap on drums).

PS: Do ya think the Demoblican National Committee will cancel tonight’s “debate” since ole Bernie’s getting too close?