Holy Guacamole, pappy, you gotta get the old Corona outta the Museum! This Digital Age is too much for us “senior” lads!! Let’s get this show on the road.

Ok, you good old delusional Dumicrats, as Flight Leftenant Fabishum may have said, “Pull yourselves togethah!” It’s game time, for goodness sakes! Now, however you wish to address him, “Tronald Dump” for all the liabilities he has dumped on his partners, or “T. Rump” for his effervescent personality, you need to forget the horrible old Moron. We are going to consign that brute to a nasty footnote in the history books!

So, what are you gonna do now? Well, first, you must get your enthusiastic young people and your struggling “older” lads and lasses to face a bit of reality; their calls for free college, free healthcare, and, soon, free pot just won’t play in Peoria. You need those midwest voters, and they are a hard working lot of folks who don’t cotton to anyone suggesting giving their tax dollars away with no strings attached.

So, what to do? What to do? How about reading my blog #162, Saving Our Good Old USofA? It needs more work, but it is a brief blueprint of a platform you can run on…common sense PLANS (ever heard of those things?) for solving a few of our worst problems. Old pap and I believe those fly-over folk out west would get on board a program such as the “National Service Plan” where our kids learn skills and work on our infrastructure, and then get a “GI Bill” as we had after WWII. That old benefit brought real prosperity to our entire population.

Great, Buster, the GDP in the Sky must be really agreeing with you! (O:

Bus, I know we agreed to refrain from mentioning the old fool, as he thrives on any news about him, good or bad. He, of course, has been mad as a March Hare forever, but he’s progressing way beyond idiotic lunatic, now. He believes he’s an institution, but, au contraire, he should be in one, where he can do less harm. Plus, he likes to think he’s unpredictable, but our adversaries read him like a cheap novel. Yes, his ridiculous trade war has even enabled him to put our once proudly independent farmers on the dole, and the big corporate farms are lapping that up! Wow, and how about his “wonnaful” tax cut? The six biggest banks saved $32 Billion in taxes in ’19, and not a penny ‘trickled down,” except for a few bucks to their shareholders. The rest of us slobs are enjoying their 0% interest on our savings accounts, while paying 30% interest to them for our credit cards. Does anyone see a problem here? Our beloved old Moron has the Midas Touch in reverse, everything he touches turns to dung! No reasonable person could possibly think of even one good thing to say about this miserable individual, as dastardly vile a critter as ever crawled over this poor old planet! He cleverly exploits our fears for his own selfish gain, an evil devil if ever there were one! Well, that about sums up the fellow who you’ve asked the old Dumicrats to totally ignore, for good cause!

Well, thanks, pappy, I believe you’ve adequately described the crazy old fool! Of course, I’m just a silly old hound dog, now residing in the Great Doggie Park, but unlike the awfully ignorant current occupant at 1600 PA Avenue, who’s sitting & watching Fox “news,” I like to read, especially hysterical, er, historical stuff. I have never read about a more miserable and less happy time in the history of our good old USofA, except for our horrible civil war. Ever since the old goofball emerged from his asinine tv show, it seems we’re watching a really stupid horror movie, in a theater with no exit doors!
Convict me if you can…Yuk, Yuk, Yuk 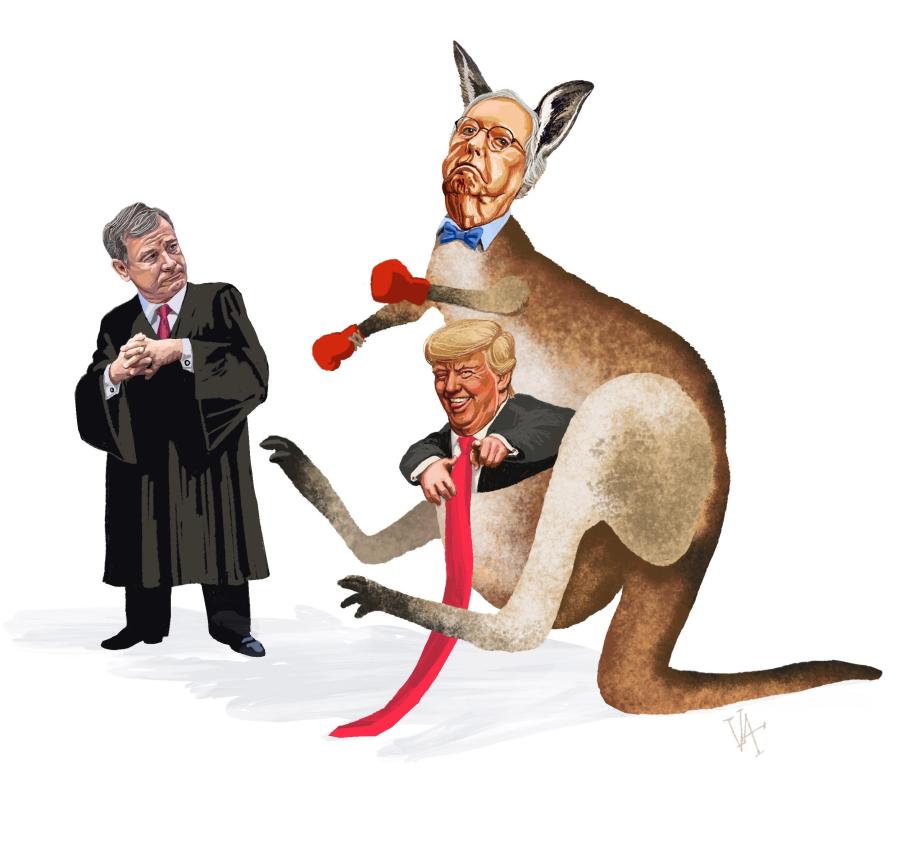