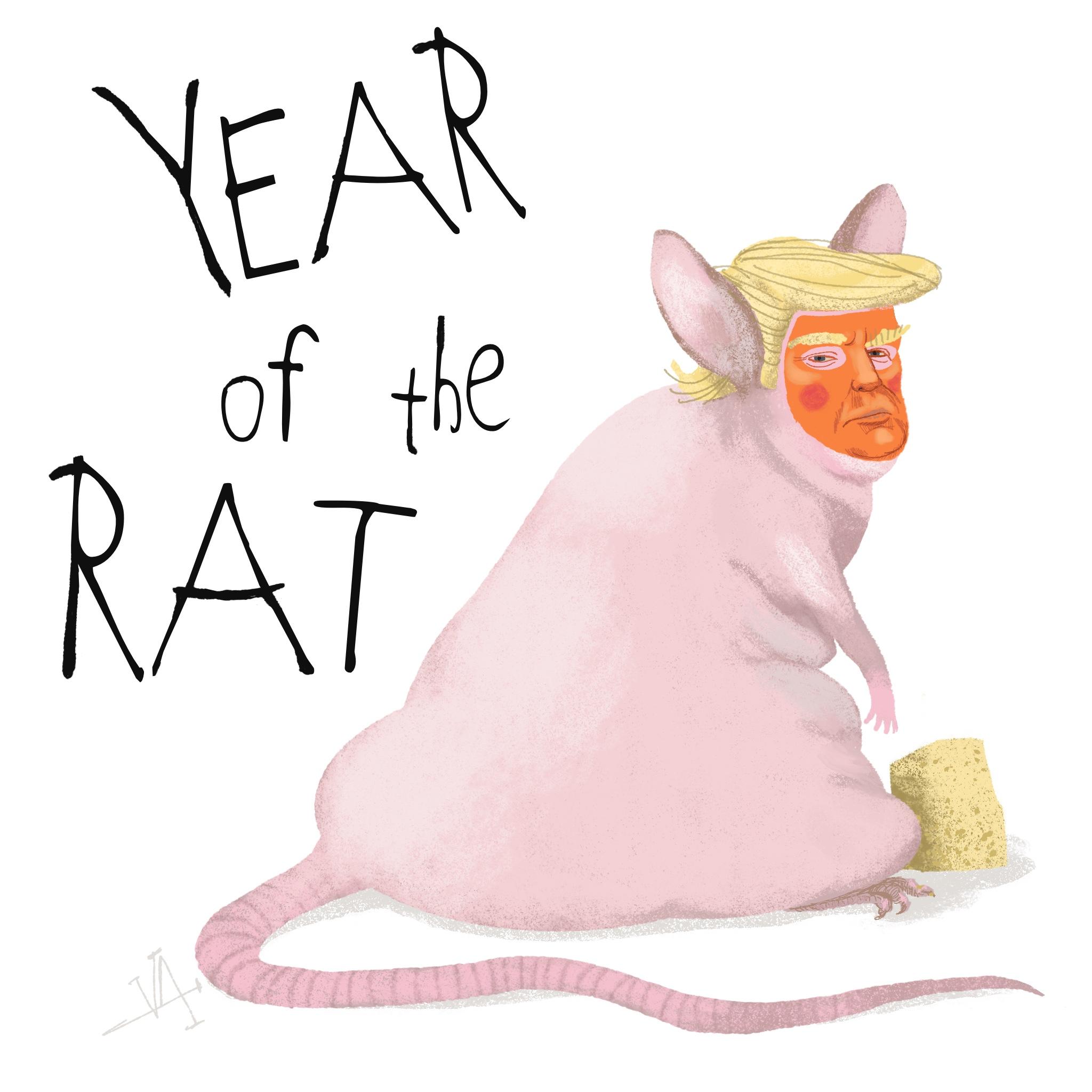 We had some technical difficulties but Bus and I are pretty sure you don’t want to miss this illustration for the “Year of the Rat!”
Good Morning, pappy, hope you’re feeling better than I am!  Actually, my stomach is really upset, and as you know, that is a tad unusual for a Hound Doggie.  I know it can’t be something I ate, so it must be watching our beloved old Moron basking in the aura of the GRAND ACQUITTAL.  He’s doing victory laps in the Rose Garden, though the way he moves, it’s more like a very short shuffle.  Please, pap, that old fool is surely enough to cause a maggot to gag!
Well, Bus, as you know, we’re now into the Year of the Rat.  I’m hoping this will mean that the old fool will finally replace those gosh-awful cabinet members of his with our great Charm City Rodents, but I’m not holding my breath.  I’m actually concerned that he is believing that the old Chinese Zodiac designation means it is his year, and I suppose as long as those foolish old Repulsicans go along with him, he may be correct.  Just as his devoted Evan-gelical supporters believe their god sometimes uses “flawed” men to accomplish his purposes, I’ll bet that old T. Rump will try to use anyone to help carry out his illicit schemes.
You’re probably right there, pap, but our Charm City rodents may not go along with his big con jobs.  After all, rats are well known to be clever and quick thinkers, but also content to live quiet and peaceful lives, not exactly the kind of people willing to want to work for a mean old malcontent.  He may be able to dress as a rodent, but I doubt he can fake their natural behavior.
Good point, Buster!  We need to leave the Supreme Leader to his skullduggery and get back to helping those confused Dumicrats.  They’re having trouble surviving those goofy Iowa caucuses!