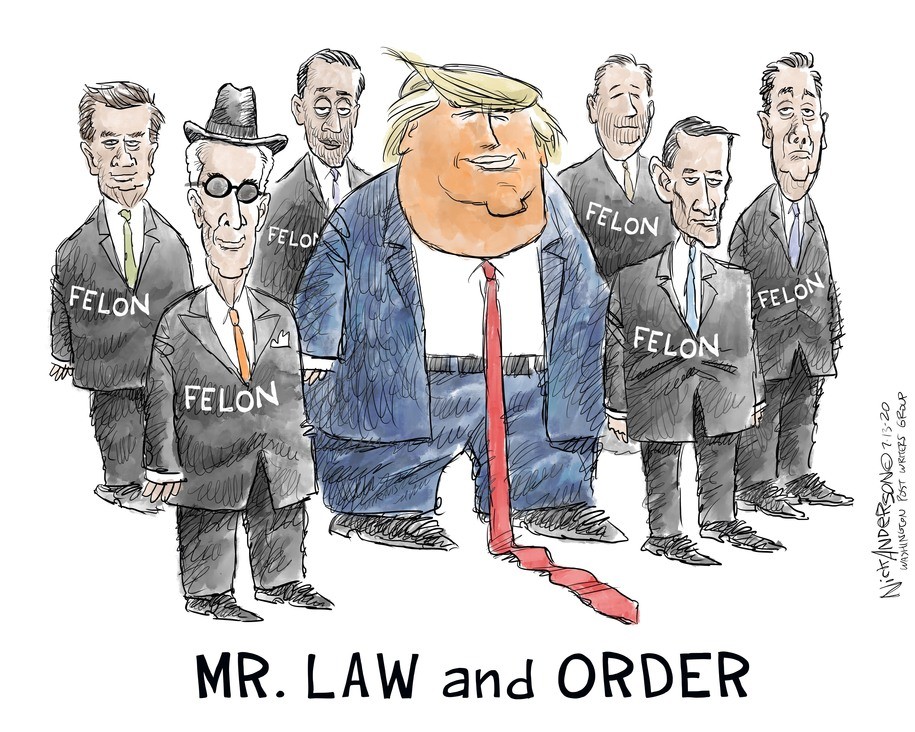 Good Morning, Buster, hope all is well up there in the GDP.  Thanks for letting me know that old John Lewis arrived safely, and that you are showing him around, and teaching him the ropes…I’m sure that old feller is a quick study!  Be sure to take good care of that other great civil rights leader, the Rev. C.T. Vivian.

I’ve decided that revisiting fox alternative news would be a useless waste of our time. They have obviously gotten nothing but worse, as that dear niece says of the donald, so there’s no use talking about either one of those disasters.

I agree with you, pappy, we gotta focus on HOPE, and helping those poor old Dumicrats wipe out the cancerous Rump Repulsican tumors.  Fortunately, it appears now that quite a few of our countrypersons are finally beginning to catch on to the terror being wrought by this administration.  It seems that even a few of those whose minds have been addled by those ubiquitous commercials their telly’s bring them every few minutes are somehow beginning to question the steady flow of big fibs emerging from the White House.

I believe you are correct, Bus, and that is surely a good sign, but hopefully our dear old Dumicrats won’t relax for even a moment.  The Rump, Moscow Mitch, and old Vlad are all working overtime thinking up nasty, illicit schemes to foul up the election and steal the presidency again.  They are right there with all their dirty tricks to retain the Senate again, as well.  So, this is no time to rest, good old Dumicrats!

So, the madman of the Oval Office has declared on a Fox alternative news program he may not accept the election results if he doesn’t like them, another ploy by an egotistical idiot. Yep, after completely fouling up our initial response to the Covid19, he moved on to directing us back to work, ballooning the cases and deaths from his plague. Finally, yesterday, he said that “Masks are good, I think everybody should wear one.” That’s after almost 141 thousand deaths here in our dear old USofA. Then, it was on to Law and Order, sending DHS goons into Portland, Oregon, which escalated the basically non- violent protests there into violence and havoc. Now, he’s gone completely bananas, threatening to send his unnamed “peacekeepers” to any city led by a Dumocrat Mayor!

We still don’t know for sure if he’s become a traitor to our poor old USofA on his own stupidity, or if he is in fact allied with Mr. Putin in destroying this country.  Either way, we can’t stand another four years of his destruction of our poor old shaky democracy.

That’s right, Buster, he’s gone completely berserk, and the good old Dumicrats must not take any chances.  They’ve got to get every one of their members and friends to the polls on Election Day.  They need a landslide victory!  Otherwise, the old fool will turn the country into more chaos and turmoil, and to tell the truth, I don’t think we can withstand that, together with the Virus continuing to surge.

True, pap, and the good people will need to stand in long lines for hours, wearing their masks, in order to save our democracy, and the world for that matter!  It will be a day for sacrifice and heroism beyond anything we have seen needed in the past, including during two world wars and the great depression.

I’ll tell ya, they should name this awful time, “The Trump Plague,” just as the earliest recorded pandemic in AD541 was named after the Roman Emperor, “The Justinian Plague.”

Great ideeee, Bus, I’ll see if we can get that to the “fake” media!  Also, the good old Dumicrats, they can use a bit of Rump’s own bad messaging on him, sticking to just good ideas for most of their campaign.